Foster Tower was built in 1964 right along Kuhio Beach. Located at the prestigious 2500 Kalakaua Avenue address, Foster Tower has been a landmark, as Waikiki’s first condominium high-rise. With Kuhio Beach at its footsteps and an amazing view of the Waikiki cityscape, Foster Tower’s location is hard to be beat.


The building has 141 one-, two- and three-bedroom apartments,

as well as six commercial tenants, including the famous


The condominium's amenities include: a rooftop salt-water pool on a flagstone pool deck, an exercise room, sauna and meeting room. The building has a secured electronic door access control system, a recorded video surveillance system, as well as private security guards.


This is a pet-friendly building. Transient accommodations are not permitted.

Foster Tower was built at the beginning of the sixties, the decade of mod fashion, an explosion in commerce, art, music and pop culture, just as the country bounced back form the post-war depression. It stands at the Eastern bookend of Waikiki. It stands tall and proud, the lone beacon over a stretched out parcel of small houses, cozy inns, restaurant and single story mom-and-pop stores. The building instantly assumes the name of "Waikiki's First High-rise" cementing the building’s legacy in history. Waikiki’s postcards — showing the two crown jewels, the Royal Hawaiian and the Moana Surfrider — quickly get replaced to incorporate the new luxury high-rise in the skyscape.

touting Foster Tower's "every luxury and convenience of ultra-modern planning"

And the building boom began. A couple years later, the new skyline has little in common.

"Hawaii's boom of the late fifties is over — that’s agreed. But Hawaii 1962-1963 is still busy building for the future; still growing like Topsy from Kauai to the Big Island. ‘Waikiki? I was there while they were building it’ … so runs the old gag behind it, these days.” That’s Paul Seaman, writing for Honolulu Magazine’s predecessor, Paradise of the Pacific’s 1963 annual issue. The publisher illustrated the writer’s point with two aerial photographs of Waikiki: one taken in 1956 by Aero Photo, showing a barely inhabited Waikiki with only two buildings large enough to stand up to the crowns of the palm tees: the Royal Hawaiian Hotel and the Moana Surfrider. The writer asks the readers to flip the page and — gasp! — compare the concrete jungle that Waikiki has turned into.

The year is 1963 and Waikiki is at cross-roads.

Foster Tower is at the Eastern bookend of Waikiki. It still stands tall, but it no longer stands alone. To Paul Seaman, in 1963, it seemed the bulk of the building boom was over. Little did the economists know that the seventies were just around the corner. In our local jokes, the “crane” [as in building crane] so replaced the nene goose, the State Bird of Hawaii.

While Foster Tower gained a lively, dynamic new neighborhood, its location, right on Kalakaua Avenue, guarantees its permanent spot at the top of the most desirable address list. The view form the building is as stunning as ever. Its residents are just a few steps away from one of the world’s best beaches, best stores and best cultures. 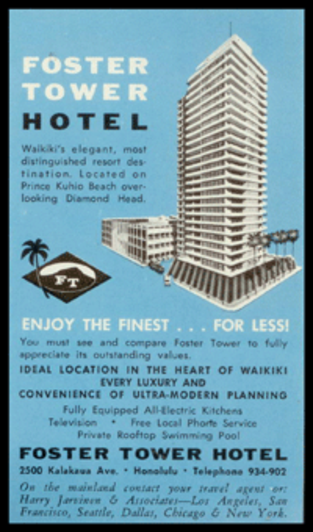 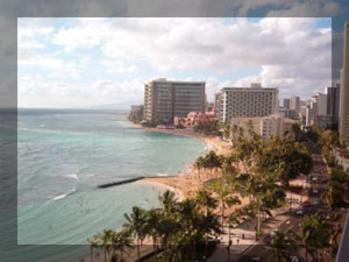 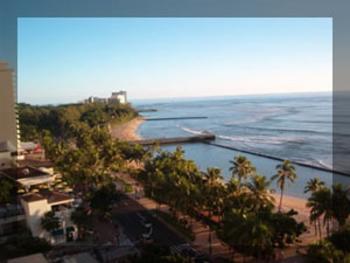 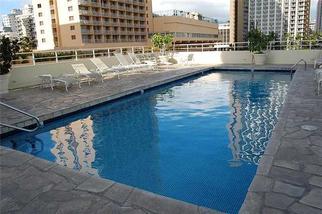 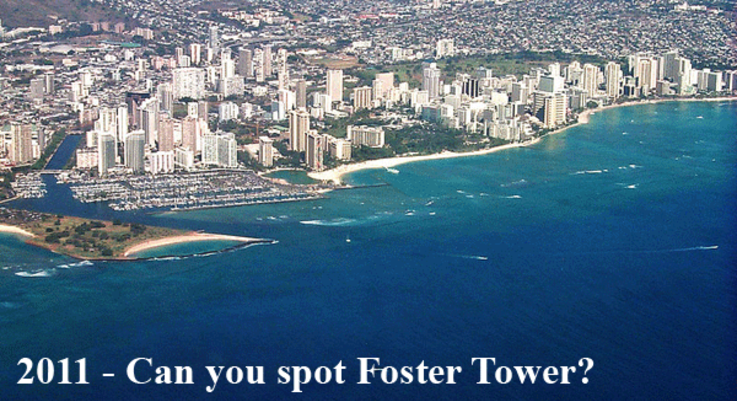 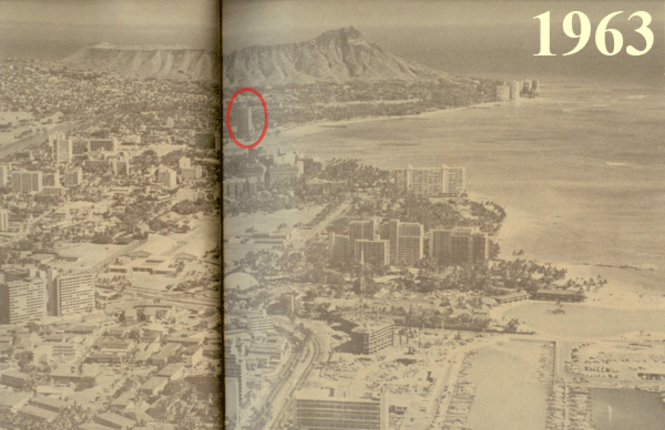 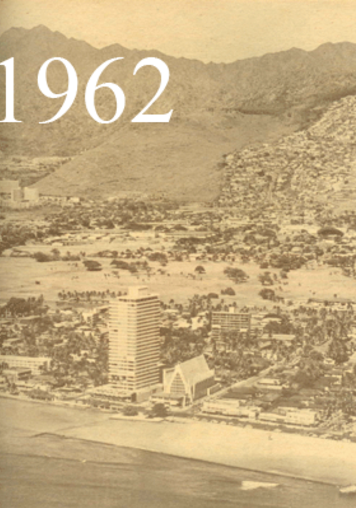 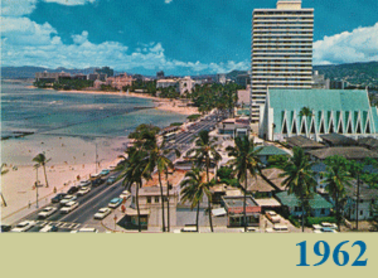 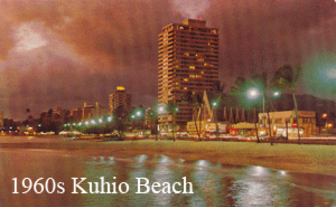 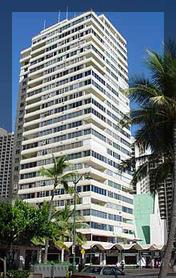